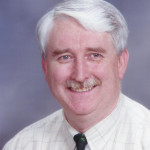 Brian McConnell is a principal and founding partner in BravoMike Consulting LLC. He brings nearly 40 years of leadership and management experience to bear on operations. Prior to establishing this consulting firm Brian’s career has included government, retails, manufacturing, and airlines as an operational leader. Graduating from the University of Oklahoma with a B.A., Brian began a career which lasted 28 years as an Active Duty sand Reserve Army officer. With worldwide assignments in command and staff positions, Brian retired from the U.S. Army Reserve as a Lieutenant Colonel in 2000.

Working then as a Plant Manager for Pearl Baths, Inc. Brian also began his teaching career at the Universities of St. Thomas School of Business and the University of Minnesota’s Carlson School of Management. He is a Senior Lecturer in the Supply Chain and Operations Department.

Upon leaving Pearl Baths Brian worked full time as an educator until approached by Northwest Airlines. There, Brian worked as an internal process improvement consultant and later became the corporation’s leader for Continuous Improvement. After the merger with Delta Air Lines, Brian continued as a leader in Lean leadership. During his tenure in the airline industry, Brian joined the Board of the Lean Flight Initiative. Currently he is the Chairman of the Board for this non-profit dedicated to implementing Lean and associated Continuous Improvement skills in aviation-related organizations. As well, Brian developed the Lean Program for Aviation training program for the International Air Transport Association and has taught Lean in the U.S., Switzerland, Japan, and El Salvador. Brian has earned three Masters degrees in Business Administration, Manufacturing Systems, and Public Administration, and has completed a significant amount of doctoral work. Brian is married; lives in Minneapolis, Minnesota and Homosassa, Florida. He enjoys travelling, boating, collecting, and reading. Brian is a member of the Lean Flight Initiative, the Association of the U.S. Army (Life Member), the Air Force Association, the Naval Institute, the U.S. Field Artillery Association (Life Member), and the University of Oklahoma Alumni Association (Life Member). 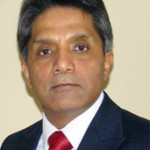 Sunil, a founding principal of BravoMike Consulting is a graduate of the MBA program from Carlson School Of Management, University of Minnesota where he majored in Operations Management and specialized in the area of Supply Chain Management. His primary areas of interest lie in Vendor Management and Continuous Improvement within supply chains. He has worked on applying the concept of ‘Balanced Scorecards’ for vendors management enhancing their integration and responsiveness within the chain. He also holds a PMP certification from PMI, a CSCP certification by APICS and a Masters Degree in Defence and Security Studies from Madras University, India.

In his previous ‘avatar’ Sunil was a Colonel in the Indian Army where he commanded a Mechanized Infantry battalion. During his military career, he was a part of a Special Forces unit exclusively tasked for aviation security and was ‘Embedded’ with the national carrier.

As a part of his duties, Sunil has been trained and worked as a member of cabin and ground support crew and has a deep understanding of airlines operations. He was actively involved in security analysis of airports and supporting facilities and carried out ‘Security audits’ at many Indian Airports.

Sunil’s interest in Continuous Improvement in the airlines industry began after attending the NWA ‘Lean Initiative’ program. He has since been interested in applying the concepts of Lean in various processes in the aviation industry to achieve resource optimization and increasing customer satisfaction.

He is married to Gurneeta Vasudeva Singh, a professor at the Carlson School of Management, University Of Minnesota, and lives in the Twin Cities.